5 Reasons to Say NO to Collaborative Innovation

Typically followed by “… we just have trouble with execution”. Most of the time, this observation is correct – lots of ideas are lying around, but nothing happens with them because, well, “we’re busy doing other stuff” and “we don’t have the required knowledge in-house”.

Instead of having the existing ideas collect dust somewhere, it might be better to open a conversation around them. Throwing the ideas into a wider group of people most probably leads to surprising results. Worst case, nobody is really excited about the ideas and you might have to rethink their relevance; best case, they get enriched with feedback from employees, leading to better insights. If none of this happens, the ideas might have just inspired employees – they now know what’s on the company’s backlog, and it might just inspire them to come up with ideas that ARE worth prioritizing. And let’s face it, if you have “enough ideas”, but it’s not worth working on them right now, you don’t have the ideas that matter and you might just want to kill them – the world is moving too fast to keep an endless, irrelevance-compounding backlog.

2. “Our employees don’t have the right ideas…”

Typically followed by “… we have an innovation cell for that” or “… innovation is management’s business”. I’m not sure if this objection points to a lack of trust in the employees, or if it points to the company recognizing that it isn’t doing what’s necessary to keep employees engaged with the vision and mission of the company.

Either way, it’s an objection that shows how many companies still think in silos. Even while they are “bragging” about how they are breaking down silos with collaboration platforms such as Microsoft Teams and enterprise social media platforms such as Yammer, the truth is that something as existential as “I have an idea, we really should consider…” is often still regarded as something that should be restricted to a department or a handful of managers.

Do me a favor and count the number of employees who leave the company each year to start their own business, maybe even a competing one. Oh, and don’t be fooled into the “oh, not that many actually”, because obviously, the amount of people who can take the financial risk to start their own business are only a very small percentage of those who would like to. This last group of people will most probably underperform and never be really happy on the job. Take my word for it, I was one of them. With a decent Collaborative Innovation initiative in place, companies can up their chances of retaining these entrepreneurs and enable them to undertake without risking their personal finances.

3. “We are not ready for collaborative innovation…”

Typically followed by “… it’s something entirely new for our company” or “… it’s too early”. This is intriguing – especially because every single company started out to be an innovative company. If the founding team and early employees weren’t innovative minds, all exchanging and acting on ideas, the company wouldn’t even be around.

When asking innovation managers and executives about the prerequisites needed in order to be “ready” for a Collaborative Innovation initiative, the typical response is something along the lines of “it’s a long stretch from where we are today” or “we need to reshape our culture and thinking” and “we need to set up the required processes”. While this is all true to some extend, the truth is that every day you wait and over-engineer, that little bit of innovation culture that’s still around is slowly, but steadily dying.

4. “Our employees are already too busy…”

Typically followed by “… let alone they’d participate in an innovation program”. It’s true, even while our productivity is ever increasing through automation and new work methodologies, we’re busier than ever.

That being said, this objection points to the company expecting employees to participate in innovation initiatives on top of their jobs, and that it doesn’t believe that will happen.

While many of our clients are in a position where this DOES happen, it takes a while to get there. Obviously, you won’t get from a stifled innovation culture to a culture where people are excited to go the extra mile in one day. At first, you’ll probably need to put aside some resources to motivate people to participate – be it some rewards for participating, or dedicated time to spend on innovation. Like Google’s 20% time – which brings me to objection number 5.

Typically followed by “… we’re not the giant they are”. This, to me, points to a certain lack of pride or belief in the company. You don’t need to be Google to be smart about innovation.

At the end of the day, big or small, we all need to innovate, and we’ll always have a shortage of resources to do so. The only difference is that some companies choose to invest in it, and others don’t, and that’s all there is to it. Everything else is just looking for excuses.

The real question is this: Can giants invest in Collaborative Innovation because they are a giant? Or are they a giant because they also invested in Collaborative Innovation? Whatever the answer, long-term success is always dependent on innovating continuously, and the best way to do that is to make sure that innovation is spread all across the company, and not just centralized in a department or a handful of people.

Is your company investing in Collaborative Innovation, or is it throwing around one or more of the above excuses? Eventually, only time will be able to tell whether or not your company’s innovation culture is strong enough to survive the ever-changing environment. 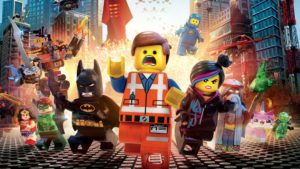 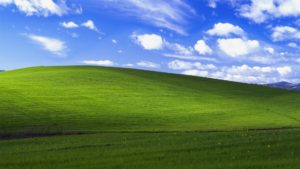